A child’s grief at the loss of a parent 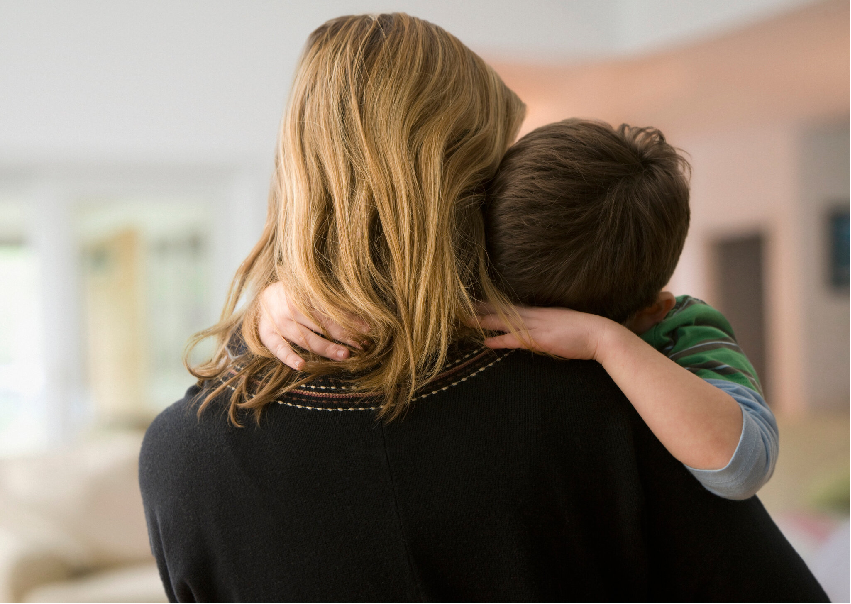 All parents have worried at some point that our children have to go through the death of one of their parents when they are still small. How and when is such tremendous news communicated to a child? How does a child suffer? How can we help our children in such a situation?

“Children do not understand the concept of no return”

When Should We Communicate To A Child News As Traumatic As The Death Of One Of Their Parents?

Starting from the fact that it is never a good time, you do not have to wait long to inform the child of the death of his parent. Ideally, the adult who transmits it is the other parent, and he can be as “whole” as possible. But it cannot always be achieved, and the wait and the uncertainty if we wait until the father or mother has overcome it, can be worse.

Children need to know what is happening, they realize that something terrible has happened, seeing the reactions of adults, that their parents are not there…

In no case can we lie, we will tell the truth, in the sweetest way possible and adapt the information to their age. The management of silence and uncertainty or lies will almost never give good results.

Once The Moment Has Been Chosen, What Do We Say?

It is very important not to give more information than necessary. Children should be told that the person in question has died, but there is no need to give further explanations about the causes or details about the death. They don’t need them.

Something that helps them understand death is to talk to them about a pet, the typical orange fairground fish that died on them. As hard as it may seem to us, children have to know that life ends.

Regardless of our religious beliefs, we must be clear in the message, we must not use aphorisms or metaphors such as “he is gone”, so as not to create false expectations about the return of the loved one. Children, especially when they are very young, do not understand the concept of no return. So you have to explain to them that he is dead and that they will never see him again. Religious explanations can be included such as that he is in heaven… but we must explain to them that heaven is metaphorical, it is not a place where we can go, because it may happen that some children think that he is going to return and that can create a lot of confusion.

What Can We Expect From A Child’s First Reaction?

The first reactions can be tremendously nonsense. They will depend a lot on the child’s age and personality variables. There may be children who remain in a state of shock, that is, at first they do not realize what is happening, they do not accept it and they need time to assimilate it and begin to grieve, however, there will be other children who from the outset they are tremendously affected.

We cannot think that the reaction is always the same, it will depend a lot on the child. But what we should always do is respect each child’s own time. Give everyone the time they need. The important thing here is to know that the duel has its phases and that we cannot skip them, everything takes a certain time.

Should A Child Go To The Funeral Of His Father Or His Mother?

Also in this, there will be many individual differences, it will depend a lot on the characteristics and personality of each child, as well as their age.

We must bear in mind that going to a funeral home to see the coffin of any family member is very painful, even more so for a father or a mother. So we absolutely must not force the situation.

Nothing is going to contribute to the presence of a child in these situations and with very sensitive children the only thing that we will achieve is that they have a really bad time. What the child should always do is say goodbye, but he can do it through a letter, going after the place where the body rests, or doing it figuratively… when some time has passed. The farewell is key to being able to start the duel, but this does not imply, in any way, that the farewell must be with the body present.

What Happens When Feelings Of Guilt child care?

Sometimes there are children who feel guilty for not having behaved well with their father or mother, or even relate the death to something they did or said, so you have to explain to them what has happened if they have had an accident, or illness. .. (but without going into many details) explaining that they are not to blame for what happened.

A very common response in these cases is that children feel insecure in the new situation, not only because of the sadness of the moment but because they think that something can happen to the other parent, that people can die and disappear one day to the next and that at any given moment you can be left alone. That is why it will be essential to give the child a lot of security, making him see that the surviving parent is not sick and that nothing is going to happen to him… Insecurity is a very common response in children, perhaps not immediately but a little more in the medium term.

What Other Symptoms Can Manifest In The Medium Term?

In the short term, the child may feel very sad, even angry at the loss of the parent. These reactions are normal and must be allowed to express. You have to let the child cry as much as he wants and express his feelings for her, in the medium term there may be symptoms of regression and, above all, that feeling of insecurity.

The child will be sad and you have to make him see that it is normal for him to feel that way. It’s okay if he sees that adults cry too because it’s normal to mourn the death of a close relative, especially at first.

When Should We Seek Help From A Psychologist Or A Specialist?

Before asking a psychologist for help, the first thing to do is always talk to the school. So that their teachers are informed, so that they can give them support, so that they can protect them a little… and not only at the time of the outcome, but also afterward at school they must know the situation, that the child is orphaned by some parents so that it is taken into account at school when carrying out family activities, such as Father’s or Mother’s Day, and properly manage these issues from there.

It is also very important to have friends. At a time like this we should not consider things like changing the child’s school, or his environment, that is, not taking away the things that give him a little security, and that he can count on the rest of his family, and friends, school.

You may also be interested in How to support new moms?