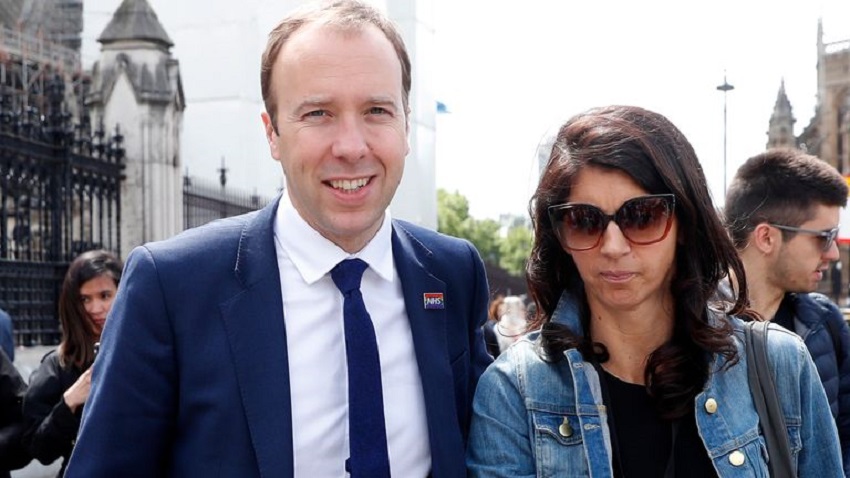 “Those of us who make the rules must abide by them, which is why I must resign,” Matt Hancock admitted in a video.

A Matt Hancock, British Minister of Health, have not made him drop his management of the pandemic, contracts awarded to friends and family, or the fact that Boris Johnson considered him as Dominic Cummings, “fucking useless”. Matt Hancock resigned today because of a cover of The Sun tabloid in which he is seen profusely kissing with an adviser, hand on the butt included, bypassing all social distancing restrictions imposed by your ministry. The conservative, who yesterday afternoon seemed to receive the prime minister’s support, who dismissed the issue with his apologies, has not been able to withstand the pressure 24 hours later and has already sent his formal resignation by letter to Johnson himself.

In it, he assured the prime minister that the government ” owes a debt of honesty to all those people who have sacrificed so much during the pandemic and who have been disappointed in this matter.” Johnson, for his part, has “regretted” that this situation had to be reached, encouraging him to leave the government “with his head held high for all that was achieved”, but the truth is that the cover of the Sun fell yesterday as a slab that left no room for doubt to resignation. It only remained to know when.

The image of Hancock kissing Gina Coladangelo, a former Oxford University classmate whom he had recently recruited to be his part-time adviser at the Department of Health, toured the UK yesterday, but she had been in the UK for some time. crosshairs of, among others, the Labor Party, where their appointment to a paid position with 17,000 euros in exchange for 20 days of work was not explained.

Hancock, 42, married with three children, tried yesterday without success to ask for “privacy” for himself and the rest of his family to be able to face a crisis that can hit his life at all levels. However, with that first apology it has not been enough, and, today, through a video posted on Twitter, he has again apologized, although this time the apology has been accompanied by an explanation as to why he resigned. “I have gone to see the prime minister to convey my resignation as Minister of Health. I am aware of the enormous sacrifices that people in this country have had to make, and those of us who make the laws have to abide by them.” In the late afternoon, Downing Street announced that Sajid Javid, former British Chancellor of the Exchequer,

The image in question in which he is seen kissing with Coladangelo is dated, according to The Sun newspaper, on May 6, at which time close contact with people with whom he did not live and meetings in spaces was prohibited closed. However, the video in question was not recorded by a journalist, but by a worker from the Ministry of Health, where the images were taken. “Everyone knew what was happening, in that building, there are no secrets,” a source assured the British tabloid.