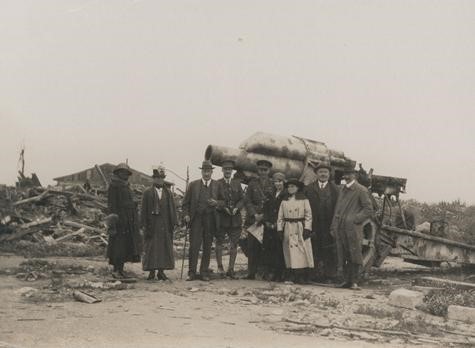 We are so surrounded by still images in advertising, in industry, and in the home that it is almost impossible to imagine a life without photographs. The journey from the first ever-humble photograph to the selfie-obsessed world of today is one filled with determination and discovery. And it is a journey that we should all be thankful for.

Experts agree that the first recognized photograph was taken by Frenchman Joseph Nicephore Niepce all the way back in the early 19th century. Although the exact year is uncertain, thought to be 1826 or 1827, the significance of the image is undeniable. Niepce had experimented with a range of ways to permanently capture an image through a camera but the winning combination turned out to be a mixture of bitumen and lavender oil on polished pewter. And the length of exposure that resulted in this most historic of images? Eight, yes eight, whole hours.

In our world of instant images, it might be hard to imagine just how long Niepce had to wait to see if his trial had succeeded but the wait was definitely justified when the result came. The pioneering Niepce referred to his newfound technique as heliography and the history-defining image remains on display to this day.

As fascinated as many were by the advent of photography, others were somewhat suspicious of the new technology and the strange power it appeared to wield. But although not everyone was entirely comfortable with being captured on camera, the journey of photography continued apace.

The 1870s saw two major moments in the history of photography which continue to be important to this day. Firstly James Clerk, a physicist based in Scotland, made the initial steps towards introducing vivid color into the already exciting world of photography. Vivid color that today so wonderfully provides magic moments. And secondly, English photographer Richard Maddox refined the plates used to take images improving both the quality and the speed of the entire progress.

“You press the button, we do the rest”

Building on the streamlining work begun by Maddox in the 1870s, business innovator and entrepreneur George Eastman made it his aim to deliver the art of photography to the masses. By removing the need for the constant changing of plates, Eastman’s company Kodak was able to create a flexible camera suitable for all.

Kodak’s much-deserved dominance lasted throughout much of the next century, but in the 1940s something new came along which would go on to satisfy consumers’ growing need for speed as the decades progressed. The Polaroid camera removed the need for long waiting times and provided users from the New York shutterbug to the New Forest photographer with instant gratification, something we continue to demand and expect today.

For many, the convenience of digital technology and the usability of integrated cameras on mobile devices has been the most important development in photography so far. It is hard to know what will come next in the timeline, but as long as visionaries such as Niepce continue to take such leaps of faith the technology will surely continue to grow and flourish.