Azerbaijan is the winner in European pipeline race 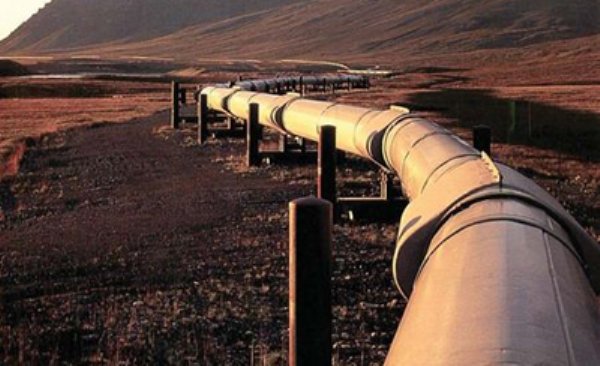 AZERBAIJAN can be seen as the biggest winner in the race to decide the route for the final leg of the trans-European pipeline from the Caspian Sea to Italy.

It cooperated with Turkey in building the TANAP pipeline and made the supply of Caspian gas to Europe ultimately realistic, while undermining Russia’s monopoly as the only Caspian gas supplier in central and south eastern Europe (CSEE).

It also raised Azerbaijan’s future geo-economic and geopolitical influence in the Eurasian energy and pipeline game, as well as boosting its commercial interests by expanding its downstream business projects in Europe.

Turkey is becoming an increasingly important oil and gas hub for importing European supplies, but it is Azerbaijan which is sitting in the driving seat by controlling the TANAP consortium and 80 per cent of the European supplies from the Caspian region.

Any Caspian gas supplies to Turkey and Europe can only be implemented as a continuation of the Azerbaijani-controlled TANAP project.

Azerbaijan is already expanding the annual capacity of the transit pipeline in Georgia and Turkey to equal the presently planned TANAP.

The European Commission, Turkey and Azerbaijan had favoured the Nabucco-West project until the beginning of 2013.

Azerbaijan and Turkey had expressed frustration at the slow progress of the Nabucco-West project and its financial support since 2012.

Italy and Greece, in addition to Albania, backed the TAP project once the ITGI pipeline had been removed from the competition to take Caspian gas to Europe. The TAP project requires no government subsidies, EU grants or other contributions from European taxpayers so far.

The rival Nabucco-West pipeline depended on loans from international financial institutions and only 30 per cent from shareholders’ equity.

The original TAP pipeline route was to start near the Turkish-Greece border at Komotini and run across northern Greece and Albania to Fier on the Adriatic coast and then, as a sub-sea pipeline, to the outermost point of the Italian peninsula’s heel.

Confronted with a saturated Italian gas market, TAP has been re-configured since 2012. It will now use the Italian south-north transmission pipeline network onward to the Swiss transit pipelines and connect with the German grid system, with a newly-adapted reverse-flow use in the future.

From there, further multiple opportunities for transporting natural gas to Austria, France, Belgium and even the UK would become available.

The Belgian energy company Fluxys, a major operator of gas transmission pipelines and storage sites in six countries, decided in June 2013 to join the TAP consortium.

The scalable TAP project will also allow extra volumes of gas to be transported from the Caspian region and other areas such as Israel’s large Leviathan offshore gas deposit in the east Mediterranean.

The TAP consortium has also proposed installing reverse flow capabilities for gas into Bulgaria and creating natural gas markets from scratch in Albania, Kosovo, and Montenegro.

Leaders from Albania, Bosnia-Herzegovina, Montenegro and Croatia signed an international goodwill agreement in May 2013 for the westbound IAP to overcome regional gas disparities and to reduce their gas dependence on Russian energy giant Gazprom.

Bosnia and Herzegovina, Croatia and Montenegro also supported TAP and the IAP-project in June.

Another plan, the Western Balkan Ring (WBR), would allow Caspian gas supplies to Macedonia and Serbia. Bosnia and Herzegovina are planning a joint 200 km-long gas interconnector, which the European Bank for Reconstruction and Development (ERBD) has already said it is willing to finance.

Azerbaijan’s original strategic preference for the Nabucco project changed finally with its acquisition of the DESFA pipeline network in June 2013 shortly before the Shah Deniz Consortium made its decision.

The State Oil Company of Azerbaijan Republic (SOCAR) acquired a controlling share of 66 per cent in the privatised Greek natural gas transit firm DESFA on June 21, 2013. As the fully-owned subsidiary of DEPA (Public Gas Corporation), DESFA not only operates the Greek gas transmission pipelines and distribution networks, but also the Revithoussa LNG terminal. It is also a shareholder in the planned Greece-Bulgaria gas interconnector (IGB).

It was strategically essential for Azerbaijan to acquire the DESFA majority stake given its strategic interests for a direct continuation of its TANAP project to Europe.

It also allows Azerbaijan much greater opportunity for future investments in Europe to enlarge its foothold in the European energy markets.