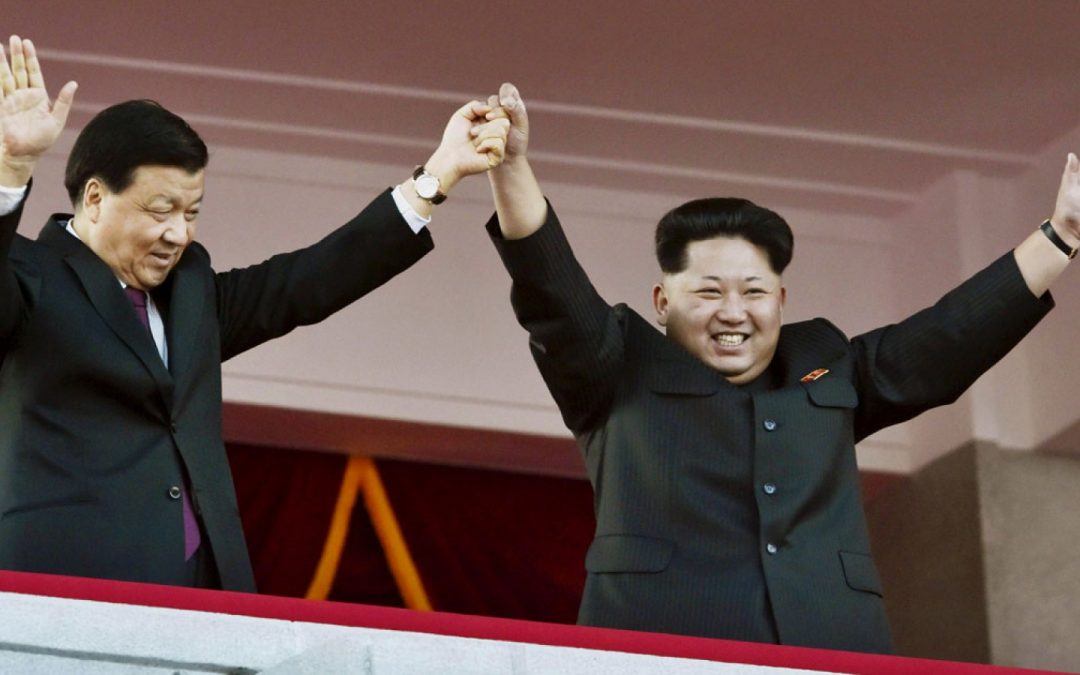 THE geopolitical relationship between China and North Korea is starting to show subtle but significant signs of change.

China’s vice president, Li Yuanchao, on a visit to North Korea on July 27, 2013, to mark the 60th anniversary of the Korean War armistice day, referred simply to ‘The Korean War’ rather than using the emotive phrase, ‘The war to resist America and aid Korea’, which is how the Chinese people have been brought up to regard the conflict.

He also said, ‘The Korean peninsula must be nuclear free; problems must be solved by dialogue.’

It is the first time the people of China have heard such a tough tone used by one of their leaders towards a North Korean leader.

China is North Korea’s most important economic and political supporter. It provides its neighbour with an estimated 80 per cent of its oil and up to half its imported food.

When North Korea conducted its third nuclear test in February 2013 in defiance of UN resolutions, it drew condemnation from the world, including China.

Beijing summoned the North Korean ambassador to protest over the test which had been carried out in spite of China’s call on North Korea to avoid escalating tensions. Previous tests were staged in 2006 and 2009.

China agreed to a UN Security Council resolution in March 2013 which expands sanctions against North Korea over its nuclear weapons programme.

But it is not just the leadership in China which is reconsidering its relationship with North Korea. There is growing disquiet among Chinese people as they discover more about their neighbour.

The Chinese believe that North Korea owes a great deal to China because of the help it gave North Korea in the 1950-1953 Korean War. Near half a million young Chinese lives were lost fighting for North Korea.

Memories of the war run deep and have lingered, sometimes bitterly, in the minds of millions of Chinese to this day.

My mother ran away from school and joined the Chinese People’s Volunteer Army when she was 12. She was told by her teachers that ‘American devils killed many Korean and Chinese soldiers’, and that North Korea needed more soldiers to fight back otherwise the Americans would ‘occupy our country and everyone would be a slave to the capitalists’.

I asked her whether she would allow me to join the army if this type of war were to happen again in China. Her reply was a firm, ‘Never’.

When I asked her if she regretted taking part in the bloody war in which she won two medals, she kept silent. Until her death at the age of 55, she never talked about the war she had experienced at such a young age, but we know that the illness she suffered was related to it.

China shares an 800-mile border with North Korea. Many analysts say that China’s leadership does not want to abandon North Korea, no matter how badly behaved it is. This is, in part, because China would not want the regional instability and potential refugee crisis that would follow regime change in North Korea.