Israel’s view of Syria and its radical Sunni groups 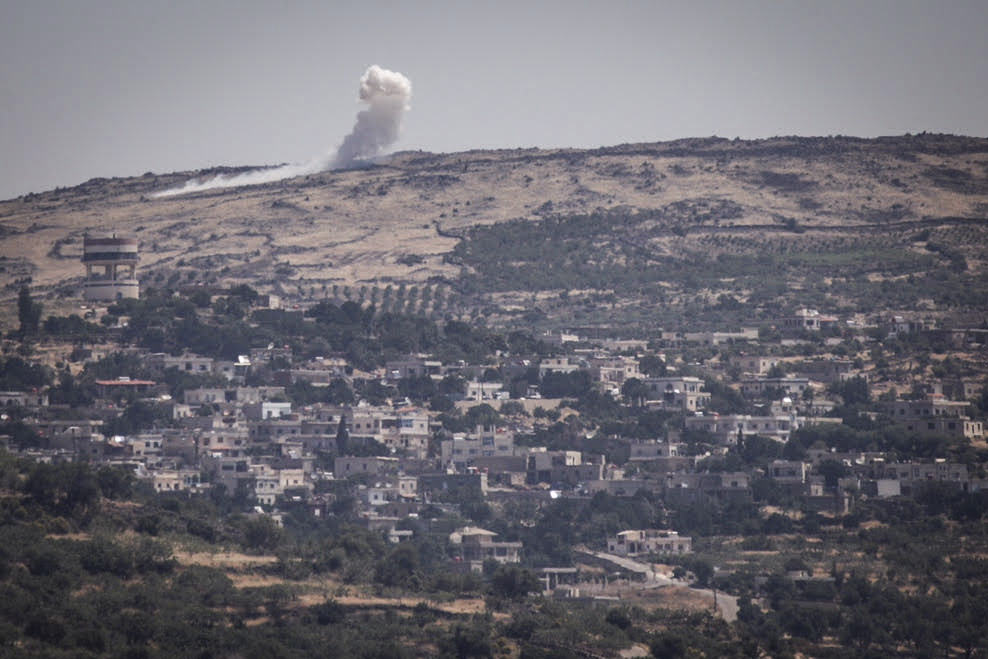 MANY Israeli Jews view the Syrian government and the country’s Sunni radical movements as bitter enemies – an attitude further exacerbated following the eruption in March 2011of the Syrian civil war.

Frosty relations and periods of hostility have punctuated Israeli and Syrian relations since the signing of the Armistice Agreement in 1949 which ended the Arab-Israeli war. Border disputes, including disputes over the Golan Heights, have left the two nations perpetually on the brink of conflict.

Israel’s leaders have largely reached a consensus that Syrian President Bashar al-Assad’s departure from power is preferable. But there are concerns about what government would take his place.

A secular regime would gain Israel’s support. But due to limited influence – and the fact that Israel’s views gain little credence in the Arab world – Israel is maintaining a passive stance.

Since the establishment of their state in 1948, Israeli Jews have considered Syria to be their most bitter Arab enemy.

There is concern that should the Syrian Muslim Brotherhood defeat the Assad regime and assume power, it would then adopt a more aggressive strategy against the Jewish state.

Until recently, many Israeli officials believed President Assad’s survival would better serve Israel’s interests, in accordance with the notion: ‘better to work with the devil we know’.

Examining Israeli’s attitudes and concerns, it can be seen that a significant number of the population do not distinguish between the various Sunni radical groups nor understand their various attitudes toward Israel. The most extreme groups are Salafis, Jihadists, and al-Qaeda elements such as Jabhat Al-Nusra (The Front of Support/Help).

These Sunni Muslim elements infiltrated Syria during the ongoing civil war, taking part in the fight against Assad’s troops. They are certainly enemies of Israel and Jews, but are unlikely to take over Syria.

This is not only because they are small in numbers, but because they are also considered dangerous, both ideologically and politically, by the majority of Sunni Muslims in Syria, including the Ikhwan, the Muslim Brotherhood.

The latter are more likely to participate in a future Syrian Muslim government, and possibly adopt pragmatic attitudes toward Israel. But this is not how it is seen by most Israelis.

In considering a future role of the Syrian Ikhwan, compared with the more radical Sunni movements, most Israeli Jews are not aware of the following:

a) The Syrian Muslim Brotherhood make up a small part (between 15-20 per cent) of the Sunni community, which is largely secular

b) Prior to the Ba’th party rule in Syria (1963-present), Muslim Ikhwan participated in democratic elections and served in Syrian parliaments and cabinets

d) Their leaders have called for the establishment of an Islamic-democratic, pluralist regime in Syria (perhaps similar to Turkey, revolutionary Tunisia, Libya, and possibly Egypt), but under religious supervision

e) The Muslim Brothers, as well as other Sunnis, oppose Shi’ite Iran and Hezbollah – the staunch allies of President Assad. Some Israeli analysts and politicians believe Israel must publicly support the Syrian Muslim rebels, including the Ikhwan (though not the Salafists/Jihadists).

This would signal to the Sunni-Muslim countries that Israel supports not only a regime change in Damascus but to help destroy the Shia axis and weaken Iran and Hezbollah.

The Syrian conflict has the potential to bring the damaged Israeli-Turkish relationship closer to normalcy – which in itself would create a new configuration of regional security. If the two nations could resolve their dispute over the Mavi Marmara incident – the deadly raid on the Turkish boat as it tried to break the blockade of Gaza in 2010 – they could foster a stable post-President Assad government in Syria.

It would serve Israel well to re-engage with Turkey and earn goodwill in the Arab world by restarting the Palestinian peace process.