Japan’s economic boost as it struggles with globalisation 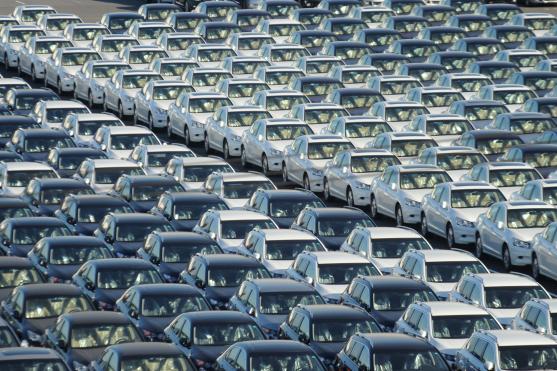 JAPAN has voted to return to the past.

The outcome of its general election implies four things:

First, the election was primarily a defeat of the Democratic Party of Japan (DPJ) under former Prime Minister Yoshihiko Noda. The electorate voted the DPJ out of power overwhelmingly due to zero achievements, lack of strategy, and broken promises.

The winning Liberal-Democratic Party (LDP), under the leadership of Prime Minister Shinzo Abe, had based its election strategy and positioned itself as the political force with more than 50 years of government experience.

The LDP is well aware of the fact – and has acknowledged publicly – that it won the election on December 16, 2012, because none of the other parties really caught on.

The winning formula for the LDP was a strict focus on their core supporters – the elderly in the regions and economic players who tend to profit from the old ways and exporters who seek to take advantage of a weaker Yen-Dollar exchange rate.

Second, a large group of the electorate has turned its back on the Tokyo-based political system which is widely seen as dysfunctional and self-serving. The election turnout at 60 per cent was the lowest on record.

Non-voters have been unable to find a political force to represent their views. The turnout among the young was particularly low.

Third, the LDP has benefited from the constitutional architecture of Japan’s political system: the heavily gerrymandered constituencies, which give, mostly elderly, voters in the countryside between two and three times more voting power than those in large cities, and the mix of seats in the Lower House where among 480 members, 300 are elected from single seat constituencies by simple majority, and 180 are elected by proportional representation.

The LDP has learned from the tactical mistakes it made before it lost power in 2009. But it has not renewed its political personnel or agenda.

The two key players in the new government – Prime Minister Shinzo Abe and Taro Aso, the Deputy Prime Minister and Minister of Finance – actually led the party into the crushing defeat of 2009.

Both men stand for the past – Mr Aso announced plans on January 11 to spend an additional 10.3 trillion yen (US$116 billion) on a stimulus package during the current financial year ending on March 31, 2013.

The entire amount will be debt-financed and the debt will be bought by the Bank of Japan (BoJ) and paid for by simply printing money.

Neither Mr Aso, 72, or his backers, seem to care about the potentially disastrous consequences of aggressively increasing public debt, which is, as a ratio to GDP, already among the highest in the world.

Similar stimulus packages have failed completely in the past two decades.

Mr Abe and Mr Aso indicate that their planned ‘quantitative easing’ (QE) follows the American example. However, the context of aggressive QE in Japan is very different from the United States.

Fourth, the election has shown that neither the electorate nor the political establishment has a recipe for the future of Japan in the era of globalisation.

The LDP merely reflects the dominating sentiment in a country which has not yet made its peace with globalisation. Japan has not developed a consensus on how to position itself in a world that will be dominated by the Asia-Pacific region very soon.

Japan is geographically almost perfectly located in the middle between America, China, Russia and the Southeast Asian boom region comprised of Indonesia, Thailand, Malaysia and the Philippines.

But Japan keeps losing Asia-Pacific headquarters and research facilities of foreign companies to Singapore and other locations in the region.

It has outstanding companies, infrastructure and beautiful land, but it does not capitalise on it by inviting international investors.

It had a chance to be a key player in the Trans-Pacific Partnership, the projected free-trade area in the Asia-Pacific region including the United States, and it seems it is going to abandon the opportunity under pressure from the agricultural lobby.