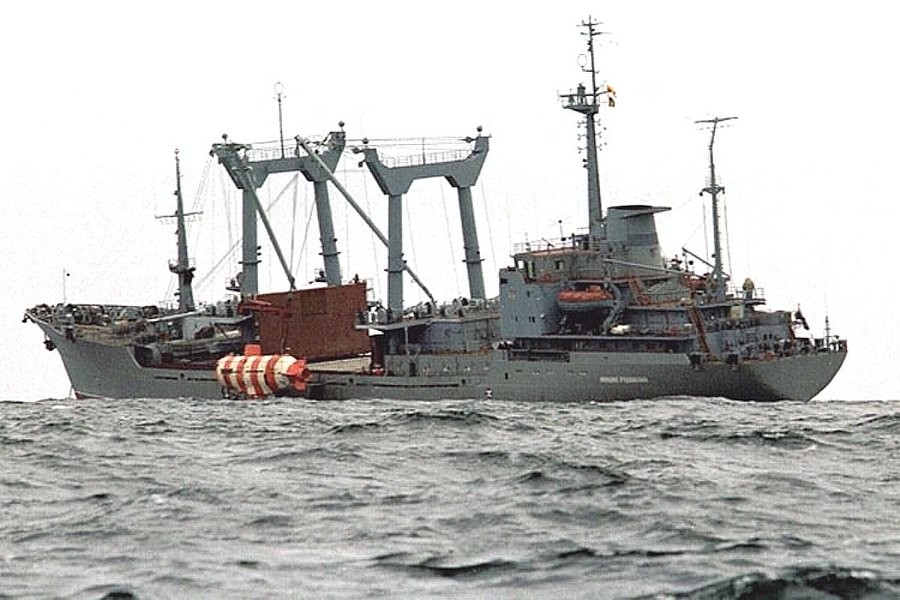 THE Russian Navy is staging a spectacular comeback, following a long period of severe neglect.

The State Armament Programme (SAP) for 2011-2020 includes up to 100 new ships by 2020, submarines as well as other surface vessels. And the first half of 2013 has seen a flurry of unprecedented activity:

• In January 2013, Russia staged a major exercise in the Mediterranean and Black Sea

• In March, President Vladimir Putin ordered a large-scale surprise exercise in the Black Sea, involving dozens of ships and an estimated 7,000 troops from different services

• In early June, Russia said that from 2014 it will to expand its strategic nuclear submarine patrol area to include both the northern and the southern hemispheres

• And in early July, Russia and China staged their largest joint naval drills in the Sea of Japan.

The transformation is striking. During the decade after the collapse of the USSR in 1991, Russia’s main naval bases were transformed literally into scrapyards.

The message was driven home in August 2000 with the accidental sinking of the submarine Kursk. To newly-elected President Putin, it was an ordeal.

Initial navy denials of the event and Russia’s refusal to accept help from Norway and Great Britain caused the rescue to be bungled and all 118 crew members perished. Mr Putin was blamed for lack of empathy and for ineffectual leadership.

The disaster caused severe dislocation of plans for naval renewal. But that is now long forgotten.

During a meeting in July 2012, convened to discuss the SAP, Mr Putin emphasised the importance of naval shipbuilding. The audience was pleased to hear that although fiscal problems had forced the government to reduce spending on state defence contracts in 2013-2015, the navy would be protected.

The showcase project is the Borei-class missile boat, designed to carry 16 sea-launched ballistic missiles (SLBMs). The lead boat – the Yury Dolgoruky – was laid down in 1996, launched in 2008 and formally introduced into the navy in January 2013, following extended sea trials.

All told, it appears that the Russian navy is well on track to recapture its past glory. But there are important snags.

The Borei-class boats are designed to carry the Bulava SLBM, held by some as the only truly modern component of the ongoing modernisation of the military as a whole.

The Bulava is designed to carry 10 manoeuvrable and independently targeted (MIRVed) nuclear warheads. But its track record has been troubled.

The Borei was originally intended to carry the Bark SLBM, which ran into technical trouble and had to be abandoned. As the replacement is much smaller, the boat had to be re-designed.

By 2009, when the Yury Dolgoruky began sea trials, there had been six failures in 13 flight tests and one failure during a ground test.

The first launch of a Bulava from its intended platform took place on the Yury Dolgoruky on June 28, 2011, and was declared a success. Following two further successful launches on December 23, then President Dmitry Medvedev announced that the Bulava would be adopted for service.

The wisdom of this decision has been questioned. Only one of the Bulava’s first 12 test launches was entirely successful, according to Russian military expert Pavel Felgenhauer.

And Russian military analyst Viktor Baranets said commissioning the SLBM was ‘reckless’ and ‘dangerous’ because the missile remains underdeveloped.

‘In its current form the missile could be even more dangerous for the (Russian) navy than for an enemy navy.’

For all its apparent technological sophistication, the Russian navy still has some way to go before it has completely shed its legacy of the Kursk disaster.