Rare earths: the US fights back 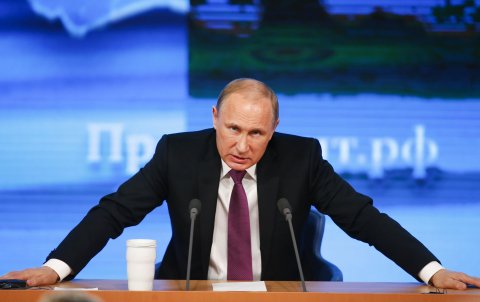 THE United States is at a crossroads over the production and use of rare earth elements (REE).

The 17 minerals, essential for products and processes from cruise missiles to smartphones, are widely used in the US defence industry, but this represents only a fraction of their overall consumption in America.

The defence sector is not facing any shortages, but the US manufacturing supply chain has increasingly been seen as vulnerable to disruptions caused by a lack of domestic resources.

American experts have warned that ‘the US has gone from the world’s top producer and supplier of rare earths to being completely dependent on one country – China – for its supply’.

China controls world REE supply, accounting for about 95 per cent of output.

A US government report warned in April 2010 that despite having one-fifth of the world’s known commercially available rare earths reserves, it could take the nation 15 years to break its dependence on Chinese REE supplies because of the lack of either expertise to turn the elements into metals and alloys, or a supply chain that connects the production with the end use of those products.

The imminent re-opening of Mountain Pass, the California mine owned by Molycorp, the largest producer of REE outside China, may not necessarily mean that the full supply chain will be in place.

The supplies of the middle and heavy rare earths dysprosium, terbium, neodymium, europium and yttrium, coming almost exclusively from Chinese mines, have been seen as critical in particular because they are absolutely important to the manufacture of small powerful electric motors, energy-efficient compact fluorescent bulbs and other clean energy technologies.

These Chinese ‘technology minerals’ may have profound implications for US national security, even though the Pentagon only uses five per cent of the world’s REE supply.

With significant increases in the production in the late 1970s, China’s growing rare earths exports caused a price depression that forced many existing US mines to close.

By 2003, Mountain Pass had shut, leaving no production capacity in the US, although it still has plenty of rare earth elements left to mine.

Molycorp is restarting the mine and expanding its capacity of light rare earths. It plans to become a ‘mine-to-magnets’ producer that both extracts and processes the materials, with an annual target of 40,000 metric tonnes of rare earths oxides.

Although the US has the world’s second-largest deposit of rare earths metals (around 13 per cent of worldwide reserves, compared with China’s 36 per cent), its plans for increasing production will not solve all the supply problems.

In 2010, the US Department of Energy published its first ‘Critical Materials Strategy’. It highlighted the importance of substances such as REE for wind turbines, electric vehicles, photovoltaic thin films and energy-efficient lighting.

The updated 2011 strategy also included criticality assessments and market and technology analysis to identify challenges to the provision of the critical raw materials for the US industries and supply chains.

It identified five REE used in magnetic wind turbines and electric vehicles or phosphors for energy-efficient lighting as critical in the short-term (2011-2015).

The report also highlighted growing worldwide competition for REE supplies, as many other governments have recognised the growing importance and demand growth of critical raw materials to their economic competitiveness.

It also analysed three in-depth technologies and their dependence on a stable supply of REE: petroleum refining, manufacture of wind power and electric vehicles, and energy-efficient lighting technologies. To cope with these manifold supply challenges, it recommended a three-pillar strategy:

(3) expanding recycling, re-use and more efficient use to lower the overall demand as well as the imports of REE from foreign producers.