Things to do in Lille France 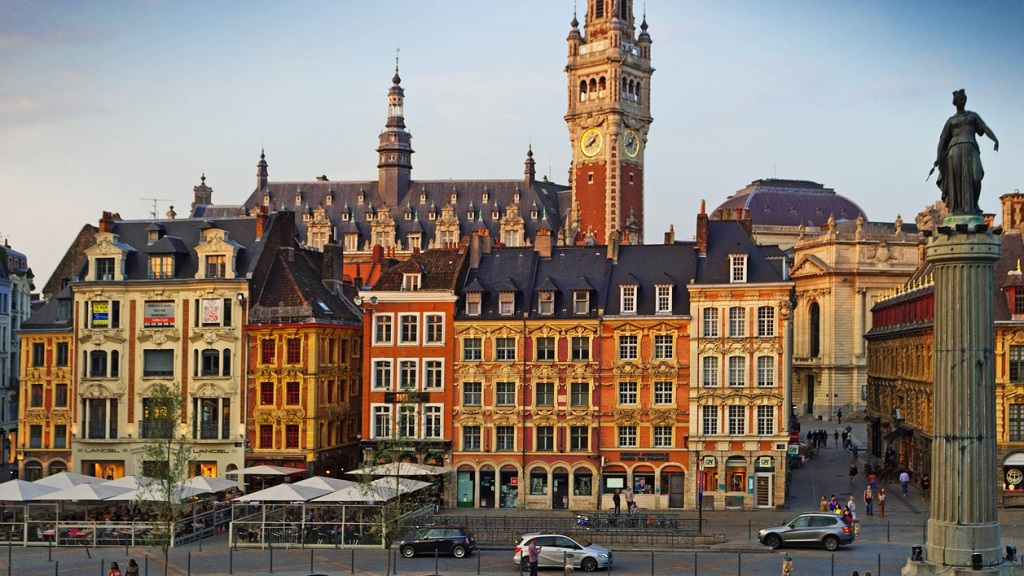 Lille is probably the unknown large French city for foreign tourism. Did you know that the metropolitan region of Lille is the fourth in France? And that it was the capital of Nord-Pas de Calais which, with its 48 museums, was the region with the highest concentration of museums in the country – now it is the capital of the new Hautes de France region, which includes Nord-Pas de Calais and Picardy? And what has the oldest and best-preserved citadel in France? We already talked about the wonders to see in the north of France. Now we are going to tell you what to see and Things to do in Lille France, it’s capital.

Things to do in Lille France

The intense history of the ancient Nord-pas de Calais’ capital, present-day Hauts de France, has left its mark on the city: from the buildings of old Lille to its many fortifications, churches, the Opera, the old Stock Exchange, and Euralille, the most modern part.

Also, as a good university city, Lille is one of the capitals with the most intense cultural life and the most “party” in France. Every year thousands of Erasmus students arrive, and they know how to animate a city! Cultural events and exhibitions, museums, bars, restaurants and estaminets with .an impressive gastronomic offer and beer. It is guaranteed that you will not get bored in the capital of Hauts de France.

Its strategic position is the other great reason to go on tourism – or Erasmus – to Lille. The TGV has brought it even closer to the rest of Europe: 80 minutes from London, one hour from Paris, and 35 minutes from Brussels. Even by car, Ghent is less than an hour away, Amsterdam is just over three hours and Cologne is less than four. The “problem”: if you are going to Hauts de France for a limited period, there is so much to see in and around Lille that you won’t want to stray. There are direct flights to Barcelona by plane, and, being so close to Paris and Brussels, you are one step away from the whole world.

The weather in Lille is not the best in the city: it is not very warm in winter as a good northern city. But we have been assured that it does not rain much and at the beginning of June, we had some wonderful sunny days.

THE COLORED BUILDINGS OF THE VIEUX LILLE

The beautifully restored buildings of old Lille remind us that Flanders was once. Its stone and brick buildings in the Flemish style with their attractive colored facades leave no room for doubt.

The Palace of Fine Arts in Lille is considered the second most important museum in France after the Louvre. Masterpieces by Goya, Delacroix or Rodin, are just some of those that you can find here.

On Sundays and holidays, the whole city gathers in this park surrounding the wall of the old citadel built by none other than Louis XIV. Children, adults, singers, jugglers, skaters, cyclists … No one is missing!

From the late 19th century neo-Gothic to the contemporary façade, the original mixture of styles came from 1999. For its central part, 110 sheets of white marble, 28 millimeters thick, were used. The result? You have to enter to see the effects of that light between orange and pink. Unique, one of the essential things to see in Lille.

THE GRAND PLACE AND THE PLACE DU THÉÂTRE

These two contiguous squares are the nerve center of the city. In them are the most emblematic monuments of Lille: the statue of the goddess symbol of the resistance of the city against the siege of the Austrians in 1792, the Grand Garde, the Opera House, the Vieille Bourse – the old stock exchange, probably the most interesting building in the city – and the Chamber of Commerce with its 76-meter bell tower.

An old station was restored and transformed into a gallery, with free exhibitions, events, and a terrace bar. Symbol of modernity and city life. Unmissable for everyone, especially for hipsters.

THE LILLE TOWN HALL AND ITS TOWER

It is not very old – from the first half of the 20th century – but it is also one of the city’s symbols, especially its 104-meter tower.

The new part of the city was inaugurated in 1994 around the TGV station –the high-speed trains of France–, the Grand Palais –with its convention and exhibition center and auditorium– and the Euralille Shopping Center.

Le Grand Huit’s owner had it clear and now he accompanies tourists from all over the world by bike through his city. From the center and its squares to Euralille, the Citadella, and its park. A fun and comfortable way to see the city in a short time and with a little exercise. They are called Le Grand Huit because they not only have bikes and tandems but also… an eight-seater bike! Would you dare to try it?

WHERE TO EAT IN LILLE

Part of the experience of any trip to France is to taste its gastronomy. And Lille is no exception. We already talked a bit about cuisine in our article about northern France, about its brewing tradition –yes, it’s not about wine here! – and about the estaminets, the typical restaurants serving traditional Flemish cuisine.

In Lille, we tried the Estaminet Gantois, which is located in the best luxury hotel in Lille: L’ Hermitage de Gantois – which, by the way, when we went was full because nothing less than the French selection was there. The hotel, built in a former hospital building, has an haute cuisine restaurant and an estaminet at more affordable prices. The flamiche aux Marseilles – a kind of quiche with Marseilles cheese, a typical strong cheese of the region – and the carbonade flamande–A typical Flanders beef stew on beef cooked in beer– they were exquisite. You can’t say that northern French cuisine is light, but delicious is for sure!

WHERE TO SLEEP IN LILLE

L’Hermitage Gantois is the best option in the city, but another very good option, of a somewhat lower category – 4 stars – is the Grand Hôtel Bellevue. The best: its unbeatable position with great views of Grand Place. And also, the breakfast is very rich and abundant. Here you can take a look at their prices and availability.