Trekking to Everest base camp 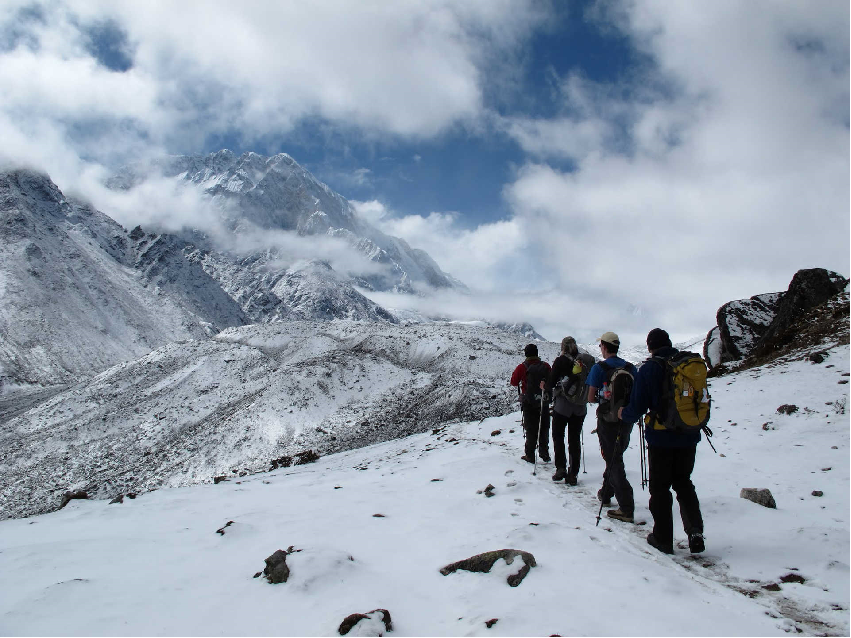 The trek to the Everest base camp is undoubtedly a challenge not only for mountaineers, climbers, and climbers but for all nature lovers. Despite its height and the challenge that this entails, this trip is quite feasible to do regardless of your physical condition, age, or gender.

Details of the trekking to Everest base camp

Everest Base Camp, The Symbol Of The Trip To Nepal

Everest. It is very difficult to talk about Nepal without mentioning this great mountain. After all, it is the largest on the planet. The Everest region is home to Sherpas, the mysterious Yeti, and fascinating ancient Buddhist monasteries. Without a doubt, Mount Everest, with its 8,848 m, is the main attraction in the area, but the cultural part is the added value of this beautiful journey. The Everest Base Camp trek is probably the most beautiful trekking route that can be done in the area. A legendary journey, a symbol of the trip to Nepal, which takes you to the heart of the most desired mountain in the world.

Cultural Wealth Of The Sherpa People And Buddhist Monasteries

The Everest Base Camp trek begins with a 30-minute flight from Kathmandu to Lukla. Lukla is a town in the Everest region, with no road connection, from where the trek begins. The trekking days are very pleasant and offer magnificent views of the Sherpa villages, their houses with different colored roofs, the prayer flags, and the Buddhist monasteries. Also, the hiking route gives you the chance to discover the culture of the people of the Solu Khumbu Valley.

Kala Pattar, The Most Popular Viewpoint In The Everest Area

Throughout the trek, you will pass through several villages, among which the following stand out Phakading, Namche Bazaar, the capital of the Sherpa people, Tengboche, with its impressive monastery, Dingboche and Lobuche, as well as other villages. The last town before reaching Everest Base Camp is Gorakshep. It is only 3.4 hours from the base camp of the highest mountain on Earth. The trekking itinerary includes the ascent of Kala Patthar (5,550 m), a small rocky peak that offers the best view of the Himalayas. Tamsherku, Taboche, Cholatse, Kananga, Ama Dablam, Pumori, Lhotse, Nuptse, and of course Everest are some of the highest peaks in the world that can be seen during the base camp trek.

Sagarmatha National Park is the park that encompasses the Everest area. It was created in 1976 and in 1979 it was registered by UNESCO as a World Heritage Site. The park is rich in flora and fauna, although the existence of the Yeti remains a mystery. Much of the park is covered in rhododendron, birch, pine, juniper, and silver fir forests that stretch to heights of four thousand meters. Animals that are usually seen are the Thar or Himalayan mountain goat, the red panda, the musk deer and the barking deer in the forests, crows, crows, choughs, and snow doves.

Alternative Routes To Everest Base Camp

Within the Khumbu (Everest) region, there are three major trekking routes and all of them end at Everest Base Camp. The 3 deviate and meet in the town of Namche Bazaar. The first, this, is the shortest and the most traveled. Go up and down the same Khumbu valley. It is the easiest and the best known. It takes 12 days, minimum, of crossing.

The second run through the beautiful Gokyo Valley. A valley less traveled, wilder. The highlights of the Gokyo Valley trek are the Gokyo Ri viewpoint (5,380 m), from where you can see four eight-thousanders (Cho Oyu, Everest, Lhotse, and Makalu), the beautiful Gokyo lakes, and the Cho High Pass. The (5,420m). It is a circular route, more beautiful, but more demanding than the normal route. It takes 14 days, minimum, of excursion.

The third is the longest and most entertaining of the three. You have to be in very good physical shape to be able to do this hiking route. The highlights of the Everest High Pass Trek are the three high passes of the Everest region (Renjo La, Cho La, and Kongma La), all above 5,300m altitude, and the Gokyo lakes. It is also a circular route, but much more complex than the other two. It takes 18 days, minimum, March.

For the more daring mountaineers, the Everest Base Camp trek can be combined with several ascents to easy trekking peaks in the area such as Island Peak, Lobuche Peak, or Fachermo Peak.

The best time for Everest Base Camp trekking is from October to May. In the winter months (December, January, February) it is usually quite cold and sometimes it snows, so you have to be well prepared. Your team will be your best ally when you are in the mountains. Take advantage and consult our list of essential equipment for a trek in Nepal.